Retired Supervisory Special Agent Harry Garcia served in the FBI for 22 years. Throughout most of his Bureau career, Harry, an accountant and a former IRS revenue agent, worked complex financial investigations, including bank fraud and bank failure cases involving public corruption. In this episode of FBI Retired Case File Review, Harry Garcia is interviewed about a multiagency Southwest Border Taskforce investigation—code named “Port Sweeper” and “Boiling Point”—initiated in the 1990s that resulted in sentences of life imprisonment and 27 years in prison for the main subjects—two corrupt inspectors assigned to the Calexico border patrol station and the seizure of $1.2 million in cash. Harry points out that the IRS played a significant role in investigating the money laundering violations and determining the illicit net worth increases of corrupt inspectors.

Harry also served as an ALAT and Acting Legat in the U.S. Embassy in Bogotá, Colombia, where he supported Bureau cases and worked investigations involving U.S. Citizens kidnapped by the terrorist group known as the FARC.  Prior to his retirement, Harry supervised the CART (Computer Analysis and Response Team) team in Los Angeles. 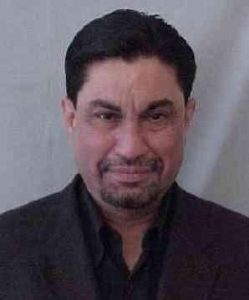 The following are links to newspaper articles about the case Harry worked targeting corrupt inspectors assigned to the Colexico border, arrested for accepting bribes from drug traffickers to allow them to bring illegal drugs into the U.S.