Retired agent Dale Miskell served in the FBI for 23 years. His assignments included the Sacramento Field Office, Washington Field Office, the Cyber Division’s Internet Crime Complaint Center, and the Birmingham Field Office. In this episode of FBI Retired Case File Review, Dale is interviewed about the Internet Crime Complaint Center, known as IC3 and reviews his Nigerian re-shipping fraud case where individuals were recruited to receive merchandise at their place of residence and repackage the items for shipment to Nigeria. Unbeknownst to them, the merchandise was purchased with fraudulent credit cards. Dale Miskell traveled to Lagos, Nigeria to train police officers to investigate re-shipping fraud and assisted in the first ever arrests and prosecution in Nigerian courts of on-line cyber scams. While at Birmingham, home base to more than 430 cleared defense contractors, Dale Miskell supervised the Cyber Crime Squad and developed an expertise in targeting and combatting the computer hacking processes of advanced persistent threat actors. He also established and led one of the FBI’s first Cyber-Counterintelligence Task Forces. 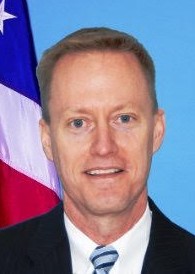