Remember the movie Inside Man starring Denzel Washington? Well, this is not a review of that film. Inside Man: Most Wanted, streaming now on Netflix, is a “kind of” sequel. In one of the first scenes, the main FBI character, a hostage negotiator instructing recruits at the FBI Academy, points to a photo of Detective Keith Frazier (played by Denzel) and praises his handling of the Nazi diamonds ‘takeover-style” bank robbery portrayed in the original movie.

In Inside Man: Most Wanted, a group of robbers storm The Federal Reserve Bank of New York and hold the customers and bank employees inside as hostages. Dr. Brynn Stewart, an FBI agent negotiator, teams up with Detective Remy Darbonne, an NYPD negotiator, to bargain for the safe release of the hostages.

Before I review the film for FBI policy and procedure inaccuracies, a major issue with the movie’s premise should be noted. Federal Reserve Banks don’t serve the general public. Bank customers are the federal government and other banks. With billions of dollars inside, security measures to enter the facilities are extensive. Only securely vetted and identified visitors and groups are allowed inside for training and tours. No one can simply walk in off the street. (By the way, the exhibit at The Federal Reserve Bank of Philadelphia is fantastic. Todd, thanks for the annual invite to speak).

In Inside Man: Most Wanted the hostage negotiators are in charge. Throughout the movie, Agent Stewart and Detective Darbonne negotiate with the robbers for the well-being and eventual release of the hostages and conduct related interviews while at the same time battling with an NYPD SWAT team leader who wants to carry out a dynamic rescue mission with guns a blazed.

In real life, during a crisis event like the one depicted in the film, FBI hostage negotiators would not be calling the shots. They would, instead, be part of a crisis response team coordinated by an on-scene-commander. Other crisis team participants would include SWAT, hostage negotiators, bomb techs, Evidence Response Teams (ERT), technical and other units. In situations where the big guns (pun intended) are required, FBI headquarters and the Critical Incident Response Group (CIRG) may also deploy the Hostage Response Team (HRT), a tier-one counterterrorism team and tactical unit capable of responding to major critical incidents throughout the United States and the world.

Crisis managers from CIRG use management tools and resources to coordinate and unify the different disciplines, and tactical strategies in response to crisis events, such as a hostage-taking, kidnapping, siege, and natural disasters. CIRG was established to minimize the issues that surfaced during the Waco siege, where negotiators and HRT struggled to coordinate their disparate opinions and viewpoints on how to resolve the standoff. In Inside Man: Most Wanted a CIRG-like intervention was sorely needed.

CIRG operates out of facilities located at the FBI Academy campus in Quantico and Stafford, VA.  It should be noted that the NYPD, one of the largest police departments in the world,  also has an equally capable crisis management unit. 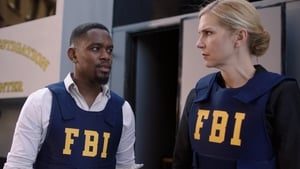 My last observation regarding  Inside Man: Most Wanted may seem to be a bit superficial. Why was NYPD Detective Darbonne wearing an FBI ballistic vest during most of the movie? It was like a Philadelphia Eagles player wearing a NY Giants jersey. Weird, just weird.

(Disclaimer: My review does not critique the entertainment value of this movie. I’m here to educate and provide a reality check for those who want to learn about the real FBI. I understand that attempting to create an accurate portrayal of an FBI investigation is an impossible task if the investigation must be solved in less than two hours. However, to counteract the “CSI Effect” this sometimes creates, I’m pointing out a few issues.)