I wanted this relationship to work, but I admit from the very beginning I was trying to change you. Trying to make you something you’re not. Don’t let anyone tell you that you’re not enough just as you are.

What I’m trying to say is (sorry, I’m a little nervous) I’m breaking up with you. I hope we can still be friends and that I can occasionally check in on you to see how you’re doing. I’m aware that millions of viewers love you and that they will continue to tune in every week. However, after watching and writing a review blog post for each of the 22 episodes of Season One, I won’t be around for Season Two.

Several times last year I suspected that our thing wouldn’t last. But, last week when Special Agent Maggie Bell disarmed a bomb by cutting a couple of wires with a handy multi-use tool I could no longer lie to myself. I watched last night’s episode this morning. I was hoping there was still a chance we could make it work, but when Maggie and OA threatened and coerced a subject in custody to revoke his declaration for an attorney I knew it was over between us. 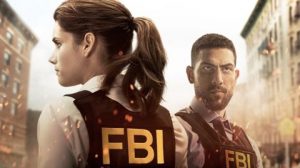 Please believe me when I say, “It’s not you. It’s me.” After serving in the FBI for 26 years, and recently publishing “the book” about clichés and misconceptions about the FBI in books, TV, and movies, I know too much to be able to sit back and watch a one-hour TV police drama for pleasure, even an entertaining, well-written and -acted one. It was never going to end well.

Remember that disclaimer I posted at the end of each blog post:

I’m here to educate and provide a reality check for those who want to learn about the real FBI. My reality checks should not be confused with criticism. I like FBI (CBS) and believe that it’s a powerful promo for the real FBI. I’m excited that a new generation is watching and perhaps deciding they want to be FBI agents when they grow up.

I meant that. I’m sure FBI (CBS) has a lot to do with the increase this year in applications to join the FBI. Thank you!

One last thing. I was watching Bosch over the weekend, and when SWAT was on scene, Harry had no problem waiting outside until the all clear was called. Just saying.

Join my Reader Team to get the free FBI Reality Checklist, and discover 20 clichés and misconceptions about FBI in books, TV, and movies. These clichés are also covered in detailed in each chapter of FBI Myths and Misconception: A Manual for Armchair Detectives, available as an audiobook, ebook, paperback, and hardback wherever books are sold.