Retired agent William “Bill” Ouseley served 25 years with the FBI. He spent 21 of those years investigating organized crime and retired as Supervisor of the Organized Crime Squad, in the Kansas City FBI Field Division. In this episode of FBI Retired Case File Review, Bill Ouseley, along with Kansas City Detective Gary Jenkins, reviews the history of the Kansas City mob and the reign of mob boss Nick Civella, who ran the Kansas City mob for 30 years. Bill Ouseley was involved in numerous prosecutions of mob figures and is exceptionally knowledgeable about syndicated crime. He has testified in Federal Courts as an expert witness in various areas of organized crime activity, and provided testimony before a  U.S. Senate special investigative committee on rackets. Bill Ouseley is the author of an historical accounting of the Kansas City mob – Open City: True Story of the KC Crime Family 1900-1950 and the true crime book Mobsters in Our Midst, the story of the rise and fall of Kansas City’s longest-reigning mob boss and the powerful crime family that he controlled. 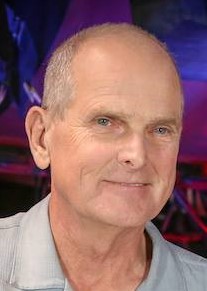 Gary Jenkins retired from the Kansas City Police Department in 1996 after a 25-year career. In addition to practicing law, Gary’s has written a book documenting the investigation into Las Vegas skimming activities, Leaving Vegas: The True Story of How the F.B.I. Wiretaps Ended Mob Domination of Las Vegas Casinos. Gary also produced a documentary and co-hosts a podcast both are titled Gangland Wire Crime Stories. You can purchase the film, listen to the podcast and learn more about Gary Jenkins at ganglandwire.com.