Retired agent Kevin Miles served nearly 23 years with the FBI. As the FBI’s first officially assigned full-time Special Agent bomb technician (SABT), he spent more than 17 years acquiring extensive experience in the field of improvised explosive devices and post-blast investigations. In this episode of FBI Retired Case File Review, Kevin Miles reviews the duties of a post-blast bomb technician processing and investigating explosive crime scenes, the bombing of Khobar Towers, Saudi Arabia in 1996, and the Maldives Al-Qaeda bombing in 2007. Kevin Miles is a past Executive Director of the International Association of Bomb Technicians and Investigators. He has travelled to 65 countries and 48 states, including multiple deployments to high threat areas such as Afghanistan and Pakistan, and has taught more than 9,000 students from all over the world on the intricacies involved with bombing investigations. In 2010, he was named as an FBI Master Special Agent Bomb Technician. He has published numerous articles and research papers on the topics above and has received numerous awards for his service to the first responder community. Currently, he is a lecturer at Eastern Kentucky University’s School of Safety, Security, and Emergency Management. 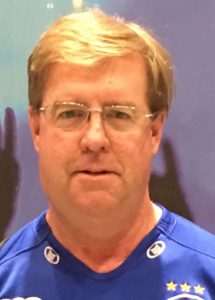 The following are links to additional information regarding the FBI’s post-blast bomb technician training programs:

FBI Website – Bomb Technicians:  An Equitable Partnership Between the FBI and Navy