Retired agent Bill Kinane served in the FBI for 34 years. He spent most of his career in San Francisco, but also served in the Seattle, New York, and Chicago Divisions, and with the FBI in Moscow. In this episode of FBI Retired Case File Review, Bill Kinane reviews the five years he served as the Assistant Legal Attaché (ALAT) and the Legal Attaché (LEGAT) of the FBI’s Office in Moscow, Russia, the first-ever official Bureau presence in the country. The office was opened at the invitation of Russian President Boris Yeltsin, and Bill Kinane established a working relationship with the Ministry of Internal Affairs and the Security Service of the Russian Federation (FSB). At the time, current Russian President Vladimir Putin was the head of the FSB, and Bill Kinane met with him and his team weekly. The Moscow LEGAT Office handled major investigations with a Russian nexus: Russian Organized Crime, money laundering, kidnappings of Americans in Russia, extortion, terrorism, movement of nuclear materials, and human trafficking. Bill Kinane, who has an advanced degree in Soviet Area Studies, and learned Russian and Serbo-Croatian from the Defense Language Institute at Monterey, CA while serving in the Marine Corps, also provides a brief history of the period. Upon his retirement, he went from working for the FBI in Moscow to working as a contract employee in Ukraine, Belarus and Albania. He later joined Guardsmark Corp. as a Senior VP. He now splits his time between California and Oregon. 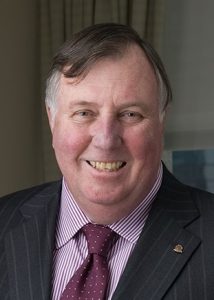 “Putin would drop into our meetings unannounced and on a regular basis, pretty much as an observer. I think he was incredulous that the FBI was sitting in KGB headquarters discussing mutual cases of interest.”

The Telegraph – 5/1/2013:  Old habits die hard: the FBI and the Russian security services

U.S. Embassy and Consulate in Russia – Federal Bureau of Investigation 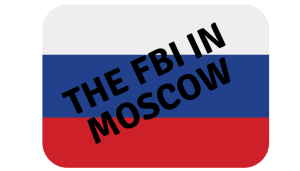