Retired agent Timothy Tracy served in the FBI for 32 years, two as a budget analyst at FBI Headquarters and 30 as a special agent. His first assignment was in the Cincinnati Division. Later, he was assigned to the House Appropriations Committee, Washington Field Office and to the Attorney General’s Security Detail, and finally to the Louisville Division where he spent the last 17 years of his career in the Covington, Kentucky Resident Agency. In this episode of FBI Retired Case File Review, Tim Tracy reviews the Erpenbeck  mortgage fraud case where the main subjects, son Bill and father Tony Erpenbeck received multi-year sentences for obstruction of justice and the father was sentenced to additional years of incarceration for threatening to kill the judge and prosecutor, and kidnap Tim Tracy’s young children. The investigation, one of the last cases Tim Tracy worked prior to retirement, was featured on the CNBC show American Greed. Upon his retirement, he accepted a position as a contract forfeiture investigator in the Cincinnati Division. Currently, Tim Tracy is involved in several volunteer activities and performs investigative services on a limited basis. 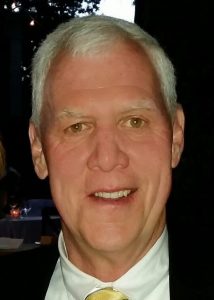 “He started making graphic threats. Not only threatening to kill the judge and prosecutors, but he also wanted to kidnap my children.”

The following are links to newspaper articles about the Erpenbeck mortgage fraud case and the subsequent charges of obstruction of justice and threats: