Retired agent Todd Hulsey served with the FBI for 15 and a half years. However, he has, in total, 21 years of federal law enforcement service. Prior to obtaining his law degree and joining the Bureau, Hulsey worked for five years as a special agent with the United States Customs Service, now known as Immigration and Customs Enforcement (ICE). In this episode of FBI Retired Case File Review, Hulsey is interviewed regarding Mascheroni Spy Case, a nuclear weapons espionage case involving Pedro Leonardo Mascheroni and his wife Marjorie Mascheroni.  “Leo” Mascheroni was a theoretical physicist formerly employed at the Los Alamos National Laboratory in New Mexico. The FBI discovered that he had made contact with a foreign country and had offered to sell his expertise and assistance to build a nuclear weapons program for that nation. Hulsey supervised the Albuquerque Division case and the agents, analysts and surveillance group members who gathered the evidence needed to prosecute the Mascheronis for espionage. They both agreed to plead guilty to illegally passing  nuclear weapons program documents which contained information derived from classified and restricted data. He was sentenced to five years and she to one year in prison. Post Bureau retirement, Todd Hulsey runs his own law practice and operates  X Fed Productions, an entertainment consulting firm providing technical advice in the areas of national intelligence, law enforcement, and military operations to authors, screenwriters, video game developers, producers, and directors. 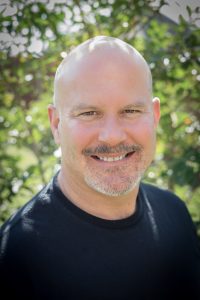