Retired agent Rick Hahn served 32 years with the FBI, six years as a clerical employee and 26 as a special agent. Throughout his entire career he was involved in terrorism cases, either as a field investigator or as a forensic specialist in explosives. In this episode of FBI Retired Case File Review with Jerri Williams, Hahn is interviewed about the extensive investigation of the domestic terrorist group known as the FALN—Fuerzas Armadas de Liberacion Nacional or Armed Forces of National Liberation—an extremist organization advocating for Puerto Rican independence through acts of violence. The group, active in the 1970s and early 1980s, is credited with committing more than 100 bombings that caused several deaths, multiple injuries, and millions of dollars in damage. Hahn also talks about the formation of the first official Joint Terrorism Taskforces (JTTF) in New York and Chicago. He believes that the FALN was and still is American’s most prolific domestic terrorism organization. In 1984, United States Attorney General William French Smith awarded Rick Hahn with the Attorney General’s Award for Distinguished Service for his efforts in disrupting and dismantling the FALN. A documentary about the investigation will be released later in the year. The film is based on a non-fiction manuscript written by Rick Hahn. 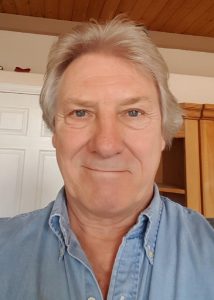 The following links are to articles and shows that provide additional information regarding the FALN organization and investigation: