Retired agent John Chesson served with the FBI for 25 years. During most of his Bureau career, John primarily worked cyber crime as an investigator and supervisor investigating computer intrusion cases and coordinating the Philadelphia and San Francisco Bay Area InfraGard Programs. However, in this episode of FBI Retired Case File Review, he is interviewed about a hate crime/civil rights matter from his early days in the FBI. The case involved the investigation of six South Philadelphia men suspected of violating the civil rights of an African American woman by vandalizing the home she had just rented on their block.  The case was assigned to John and his co-case agent, Christina Kibbey. Mike Kates (also spelled Cates), a wheelchair-bound man who lived on the street, agreed to become their cooperating witness and to help them gather the evidence needed to prove that damaging the house was a racially motivated scheme to make the house uninhabitable and to intimidate and discourage the woman from moving into the neighborhood. Kates courageously recorded consensually monitored conversations with the subjects of the investigation and testified as the star witness in the subsequent trial. All defendants were found guilty. On October 21, 1999, FBI Director Louis Freeh awarded Mike Kates the 18th Annual “Louis E. Peters Memorial Service Award” for his selfless commitment to protect victims of crime.  This citizens ward was sponsored by the Society of Former Special Agents of the FBI (read citation below).  The case review includes two surprising happily-ever-after conclusions and an unexpected tragedy. 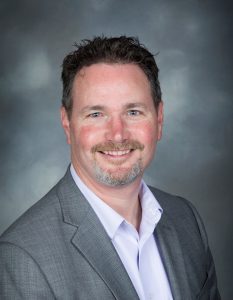 The following are links to a press release announcing the indictment of the six men subsequently convicted of civil rights violations and a Philadelphia Inquirer Magazine article about Michael Kates’ courageous decision to become a cooperating witness in the hate crime case.

For two years Michael Cates voluntarily assisted the FBI in the often dangerous investigation of seven south Philadelphia neighborhood defendants whose racial motives and destructive acts were in violation of federal civil rights laws. At great personal risk, Mr. Cates collected tape-recorded evidence against individuals who vandalized and flooded the rental home of a black woman about to move into the neighborhood. He personally prevented a racially-motivated arson of a nearby row house and thwarted other violent acts by the subjects. He was physically threatened at gunpoint. Mr. Cates suffered personal hardship as well as financial loss as a result of his participation in the investigation and in the subsequent trial. Primarily because of Mr. Cates’ actions, a federal court jury delivered conviction verdicts that represent a victory over hate crime. His courage and sacrifices have promoted safety and civil rights in a neighborhood formerly hostile to minorities. Mr. Cates’ courage and selfless commitment to his community brought the FBI a highly successful prosecution of racially-motivated crime. His courage and performance in this instance are in keeping with the highest standards of the Louis E. Peters Memorial Service Award.