Retired Special Agent Jim McGee served in the FBI for nearly 21 years. This week on FBI Retired Case File Review, he is interviewed about being a member of the FBI Hostage Rescue Team (HRT), one of the world’s most elite counter-terrorism teams. McGee provides a first-hand account of his participation in the HRT’s first dynamic assault mission which resulted in the successful hostage rescue of nine. In 1991, a violent group of Cuban inmates in the Federal Correctional Institution in Talladega, Alabama, overpowered their guards and took hostages. The inmates demanded that they not to be deported back to Cuba. The HRT was called in and the hostages were rescued unharmed. For their efforts during the Talladega hostage rescue, Jim and the other HRT members were awarded the FBI Medal of Meritorious Achievement. McGee wrote a book about his experience—Phase Line Green—available by contacting McGee directly. 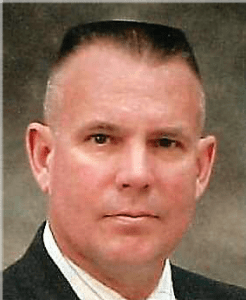 The following is a 6 Part FBI overview about Hostage Rescue Team (HRT):

Part 1: Three Decades of Service
Part 2: The Crucible of Selection
Part 3: Training for Every Contingency
Part 4: Night Maneuvers
Part 5: Held to a Higher Standard
Part 6: Mission in the Gulf of Aden