Welcome to the first episode of FBI Retired Case File Review with Jerri Williams. This true crime podcast features interviews with retired FBI agents discussing their careers and their most intriguing cases. I also talk about crime fiction and crime dramas – books, television shows and movies – especially those depicting the FBI.  In this episode, retired agent Tom Cotton who served twenty-five years with the FBI, reviews his Bureau career. Prior to his retirement in 1995, he worked on a case involving a corrupt Dallas City Councilman. Tom was the administrative case agent. Tom he explains how the case was initiated and talks about the results of this high-profile investigation. 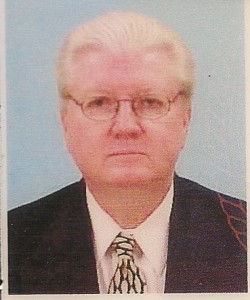 For my first show I decided to interview retired agent Tom Cotton. I chose Tom because, although he is now living back in the Philadelphia region and is currently the Chairman of the Charles Reed – Philadelphia Chapter of the Society of Former Special Agents of the FBI, he served all of his career outside the area. Prior to sitting next to him at the chapter’s holiday luncheon last month, we had never met. During our first meeting he somehow convinced me to become his Vice Chair. This interview was the perfect opportunity for me to get to know him better.

Here’s a summary of the case and links to related news articles. Paul Fielding was the first sitting Dallas City Council member to be indicted on corruption charges.

Should Paul Fielding go to jail?