Retired agent Eugene Casey served 21 years with the FBI. As a special agent, he used skills acquired from his prior employment as a compliance officer at Wall Street investment firms to work white-collar crime matters, drug money laundering, food stamp benefit fraud, and terrorist financing investigations. In this episode of FBI Retired Case File Review, Eugene Casey reviews a series of interviews he conducted with Ilich Ramirez Sanchez, known worldwide as Carlos the Jackal, the inventor of modern-day terrorism. Before Osama Bin Laden, Carlos the Jackal was the world’s most famous terrorist. At the time that these debriefings, Eugene Casey was serving as Assistant Legal Attaché for the FBI in Paris, France. During his career, Casey received several awards from the Department of Justice including one for spearheading the Salt Lake Olympic Bribery investigation. He also served as the supervisor of the Joint Task Force on Terrorist Finance in Saudi Arabia and was the Unit Chief for the Eurasian Organized Crime Unit of the Criminal Investigative Division. His last Bureau assignment before retiring earlier this year was as an instructor at the FBI Academy in Quantico, Virginia teaching Interviewing and Interrogation Skills. 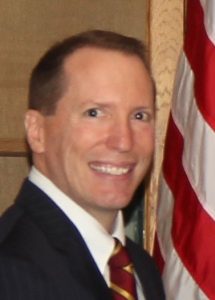 Smoking with the Jackal article