Retired agent Lauren Anderson served in the FBI for nearly 29 years. During her career, she worked counterintelligence and counterterrorism cases. In this episode of FBI Retired Case File Review, Lauren Anderson reviews the assistance the FBI provided to the Moroccan government directly after the 2003 Casablanca bombings which resulted in 41 fatalities at five different sites. At the time, she was the Legal Attaché (LEGAT) in Paris, France, where, in addition to France, she directed the FBI’s engagement with, and operations in Monaco and twenty-two African nations.

After her LEGAT assignment, Lauren Anderson was appointed to be the Assistant Special Agent in Charge (ASAC) of the International Terrorism Branch of the New York Joint Terrorism Task Force, where she oversaw the disruption of many terrorist plots and the success of many prosecutions. She also served as the interim Special Agent in Charge of the New York Counterterrorism Division and the Intelligence Division. Lauren Anderson and her teams received numerous awards and commendations, including from the Director of National Intelligence, the US Attorney General, Director of the National Security Agency, the Director of the FBI, the Respect for Law Alliance, and the Federal Executive Board.

Today, she builds upon her geopolitical and international security expertise to work with women leaders and young people throughout the globe and provides commentary for media outlets, including ABC News, MSNBC, Al Jazeera, CBC, The New York Times, The Washington Post, Politico and Fox News. She’s an ambassador for Vital Voices and a judge for the XPRIZE Foundation’s Women’s Safety XPRIZE. 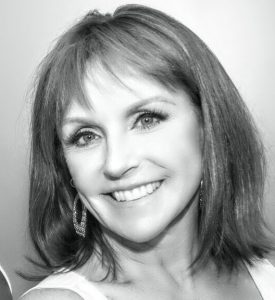 “A lot of us are used to seeing broken bodies, but what strikes you full force in the face is what you smell and what you hear, not just what you’re seeing.”  —  Retired agent Lauren Anderson

The following are links to articles about the Casablanca bombings in Morocco that left 41 dead: