Retired Supervisory Special Agent John Whiteside served 30 years with the FBI. In this episode of FBI Retired Case File Review, he reviews his investigation of the longest open espionage case every brought before the U.S. courts. Thirty-two years after former NSA employee (and NSA spy) Robert Lipka  sold vital military secrets to the KGB, John was able to gather the evidence that finally exposed the betrayal. For his outstanding work on this espionage case, in March of 1997, John received from Director of the CIA George Tenet the National Intelligence Certificate of Distinction. During the interview, John also talks about his assignment to a small satellite FBI office in rural Mississippi in the early 1970’s. John has authored two books, Fool’s Mate and Cypress Shade, which provide further details about his career with the Bureau. 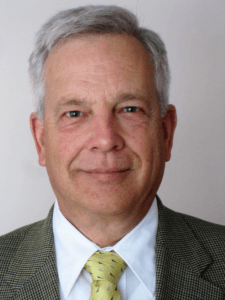 John reminds us how vulnerable national security remains to individuals motivated by greed.

John reflects on his assignment to a remote FBI office in Greenville, Mississippi in 1972 that forever changed his life.