Retired agent Scott Curtis served in the FBI for 22 years. In this episode of FBI Retired Case File Review, he reviews a public corruption investigation that resulted in the conviction of Allentown, Pennsylvania Mayor Ed Pawlowski, as well as a dozen other public officials and business executives for campaign contribution bribery, extortion, and other corruption-related offenses. Scott spent much of his career assigned to the New York Field Office working on an Organized Crime (OC) Squad investigating Colombo LCN Family, before transferring to the Allentown Resident Agency (RA) out of the Philadelphia Division.

A highlight of his time in New York was being the lead Agent in the largest single-day takedown of organized crime members in U.S. history in January 2011, where over 120 individuals were indicted and arrested based on hundreds of consensual recordings captured over 20 months by multiple cooperating witnesses. He notes that the similarities in the investigation of organized crime members and corrupt public officials were remarkable, and his experience working OC in New York significantly contributed to the success of the Allentown investigation.

Scott Curtis is currently employed as an Associate Director of Global Investigations & Compliance for Navigant Consulting where he is responsible for conducting investigations of fraud, corruption, and other misconduct. 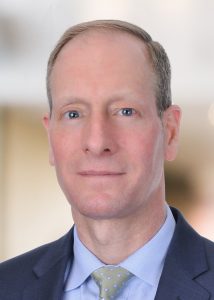 “Who the hell knows who’s wearing a wire, who’s tapped, who’s not. We just got to be really careful when we talk about this stuff.” — Mayor Pawlowski captured on a wiretap.

The following are links to news articles about the campaign contribution bribery investigation of Allentown Mayor Ed Pawlowski:

Agent testifies about day he confonted Pawlowski with FBI’s allegations

Scandal unfolded in public over 3 years

The rise and fall of Allentown’s Mayor (TIMELINE)