Retired agent Debra LaPrevotte served in the FBI for 20 years. She spent most of her career working forfeiture matters and international corruption investigations. In this episode of FBI Retired Case File Review, Debra LaPrevotte reviews the initiation of the FBI’s Kleptocracy program and seizing more than $1 billion from corrupt foreign officials, including the recovering $630 million of Nigerian government funds stolen by General Sani Abacha, former President of Nigeria. Debra, who has a Master’s Degree in Forensic Science, also talks about serving for several years on the Evidence Response Team (ERT) at the Washington Field Office (WFO) and an ERT Unit at the FBI Laboratory and training at the “body farm.”

Later in her career, Debra served as a Supervisory Special Agent in the International Corruption Unit at FBI Headquarters, focusing on investigating greed that fuels war crimes and atrocities. Since retiring from the Bureau, Debra LaPrevotte is a senior investigator with The Sentry, which seeks to disrupt and ultimately dismantle the network of perpetrators, facilitators, and enablers who fund and profit from Africa’s deadliest conflicts. They organization’s motto is “War crimes shouldn’t pay.” 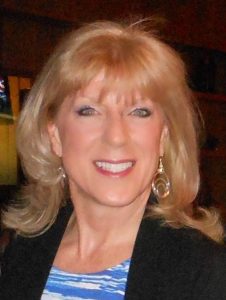 “That’s really the picture of kleptocracy, where you have political leader who are stealing money and looking out only for themselves, much to the detriment of the people who live in that country.”  — Retired Agent Debra LaPrevotte

The following are links to FBI web stories, press releases, and newspaper articles about  regarding international corruption and kleptocracy and Nigerian General Sani Abacha and the billions of dollars he stoles from his country:

“The FBI sent me to the body farm in Tennessee where I went to human remains recovery school. They sent me to Boston to get advanced training on how to get fingerprints from badly burned or decomposed bodies. I loved the work.”  — Retired Agent Debra LaPrevotte

The following are links to stories and videos about training held at the “body farm”at the University of Tennessee in Knoxville: