Retired agent Robert Herndon served in the FBI for 28 years. Before joining the Bureau, he was employed as a CPA. In this episode of FBI Retired Case File Review, Herndon reviews an anti-trust corporate fraud investigation involving Archer Daniels Midland, a global food processing corporation operating a price-fixing scheme to steal millions of dollars from its customers. Herndon also discusses Mark Whitacre, his rogue cooperating witness who had a hidden agenda that nearly destroyed the careers of Herndon and his co-case agent. The case, code-named Operation Harvest King, was the subject of the true crime thriller The Informant by Kurt Eichenwald and a feature film by the same name, starring Matt Damon.

During his FBI career, in addition to the ADM investigation, Herndon worked several other major cases, to include the first prosecution of a U.S. District Court Judge on bribery charges; the national health care fraud case of the year – a case in which a pharmacist purposely diluted chemotherapy drugs for profit. He received the Attorney Generals Award for Distinguished Service; was the Agent of the Year, and an award from the Director of the CIA following a three-year deep undercover assignment focused on a foreign adversary. 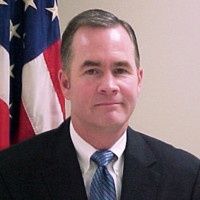 “ADM took a shotgun defense approach, accused Brian and me of negligence, not following policy and procedures and said we were rogue agents.” – Retired Agent Bob Herndon

The following are links to articles about cooperating witness and business executive Mark Whitacre and the Archer Daniels Midland corporate fraud investigation. The case, code-named Operation Harvest King, is the largest criminal antitrust investigation in the history of the FBI: