Retired agent Keith Tolhurst served in the FBI for 24 years. During his career, he investigated kidnappings, interstate shipment theft, civil rights, hate crimes, gangs, domestic terrorism, murder, sex crimes, bank robberies, and fugitives. In this episode of FBI Retired Case File Review, he reviews the case of Grand Canyon prison escapee Danny Ray Horning, who led the FBI and law enforcement partners on the largest fugitive manhunt in Arizona. The investigation lasted 54 days and used specially trained tracking dogs. The case and Keith Tolhurst have been featured on the TV shows Discovery ID FBI: Criminal Pursuit and the FBI Files.  As the FBI Phoenix Division’s Senior SWAT team leader and SWAT Coordinator for the entire state of Arizona, Keith Tolhurst was involved in every aspect of crisis management to include: command post procedures, critical infrastructure threats, dignitary protection, special events, security assessments, and hostage situations. Keith was nominated for the medal of bravery for operations outside of the United States. He was a Principle Firearms and Tactical Instructor and designated as an FBI Master Police Instructor, providing firearms and tactics training around the world to thousands of students from international, military, state, local and tribal police agencies. Since his retirement from the FBI, Keith has been employed as an independent contractor for the Bureau for the past seven years, providing classified and unclassified instruction to FBI agents related to advanced human intelligence. He is the founder of Tolhurst International, LLC a licensed Private Investigations firm that also provides security consultants, customizable training courses, and guest speaker services. 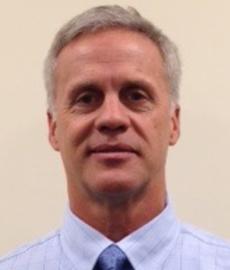 The following links are to newspaper articles about the fugitive search for Grand Canyon prison escapee Danny Ray Horning, who lead the FBI and law enforcement partners on the largest fugitive manhunt in Arizona:

Los Angeles Times – 7/6/1992:  Escapee Captured After 7-Week Chase : Manhunt: Convict who confounded authorities with his survival skills is cornered in an Arizona backyard. He says he ‘enjoyed himself.’