Retired agent Gary Noesner served in the FBI for more than 30 years, four as a support employee and 26 as a special agent. In this episode of FBI Retired Case File Review, Gary Noesner reviews his role, 25 years ago, as a hostage negotiator speaking with David Koresh and other members of the Branch Davidians during the Waco siege. He also reviews the Paramount Network’s 6-part TV mini-series, Waco.  During his Bureau career, Gary Noesner was an investigator, instructor, and hostage negotiator. A significant focus of his career was directed toward investigating and negotiating numerous crisis incidents covering prison riots, right-wing militia standoffs, religious zealot sieges, terrorist embassy takeovers, airplane hijackings, and over 120 overseas kidnapping cases involving American citizens. He continues to consult independently and speaks at law enforcement conferences and corporate gatherings around the world. He has appeared on numerous television news programs and documentaries and has been interviewed in major publications addressing hostage negotiation, terrorism, and kidnapping. Stalling for Time: My Life as an FBI Hostage Negotiator, the book he wrote about his career, serves as the basis for a six part mini-series on the 1993 Waco Siege incident airing on the Paramount Network in January and February 2018. Gary can be contacted for presentations and speeches via his website. 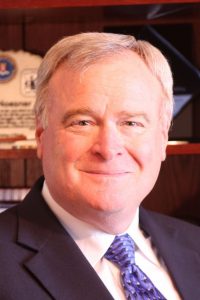 The following are links to interviews  with Gary Noesner where he speaks about his role in the real and reel Waco siege:

TIME – 1/23/2018:  How an FBI Agent and a Waco Survivor on Opposite Sides of the Deadly Standoff United for a New Show About the Tragedy