In this episode of FBI Retired Case File Review, retired agents Bob Clifford and Kevin Foust review their international terrorism investigation of the hijacking of Egypt Air Flight 648 during an international trip from Athens, Greece to Cairo, Egypt, on November 23, 1985. The plane was hijacked in Malta by members of the terrorist organization, Abu Nidal. The hijackers began systematically shooting Israeli and American passengers. A rescue attempt by Egyptian commandos resulted in dozens of deaths, making the hijacking of Flight 648 one of the deadliest such incidents in history. Sixty-one of the 95 passengers and crew died, as did two of the three hijackers.

Omar Mohammed Ali Rezaq was the only member of the terrorist team that survived the rescue attempt. Rezaq was tried in a Maltese court and sentenced to the maximum 25 years imprisonment, but when he was released after serving seven years, Clifford and Foust were determined to bring him to justice in a U.S. court. Clifford and Foust, via sensitive diplomatic negotiations with the leaders of several different African nations, were able to take Rezaq into custody in Lagos, Nigeria in July 1993 and transport him back to the United States to stand trial. He was sentenced to life in prison and is currently being held at the United States Penitentiary in Marion, Illinois. 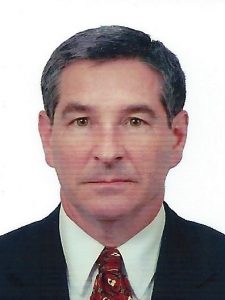 Retired agent Robert “Bob” Clifford served with the FBI for 24 years. He rose from FBI Special Agent to Senior Executive with responsibilities that specialized in international terrorism, counter-espionage, nuclear proliferation, and transnational criminal gangs, such as the violent MS-13. His assignments included FBI field offices, FBI Headquarters, the Iraq combat theater, and international and diplomatic postings throughout the world including US embassies, the European Union, and NATO. Bob Clifford is the recipient of numerous awards and decorations, to include FBI Director’s Award for Counterterrorism, the Director of National Intelligence Commendation Award, the Award of Excellence from the National Counterintelligence Executive, and the Bolivian National Police Medal of Merit. In 2004,  Bob Clifford received the Service to America Medal and was named Federal Employee of the Year. 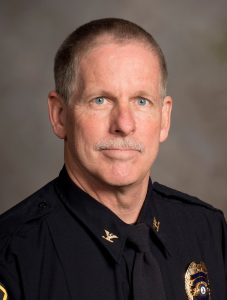 Retired agent Kevin Foust served 24 years with the FBI. After an initial assignment in the Jacksonville Division, where he worked mainly drug investigations, Kevin Foust received a transfer to the Washington Field Office (WFO) and eventually began working international terrorism. Soon he was named the supervisor of the International Terrorism Squad and traveled to over 25 countries investigating and supervising hijackings and bombings. Later in his career, Kevin Foust made a personal decision to leave FBI Headquarters and relocate to the Richmond Division where he was appointed as the Supervisory Senior Resident Agent of the Roanoke, Lynchburg, and Bristol offices of the FBI. During that assignment, he responded to and assisted in the investigation of the deadly mass shooting that occurred on the Virginia Tech campus in April 2007. Upon his retirement from the FBI, Kevin Foust accepted a position with the university and is currently Virginia Tech’s Chief of Police and Director of Security

The following are links to newspaper articles and a video clip pertaining to the hijacking of Egypt Air Flight 648:

People Magazine:  Shot in the Head and Left to Die, a Hijack Victim Rebuilds Her Life

CNN: Declassified – Untold Stories of American Spies:  ‘I will kill a passenger every 15 minutes’