Retired agent Dennis Lormel served in the FBI for 28 years. During his career, he gained extensive major case experience as a street agent, supervisor and senior executive, particularly in complex financial related investigative matters. In this episode of FBI Retired Case File Review, Dennis Lormel reviews terrorist financing and money laundering. Shortly before the 9/11 attacks, he was promoted to Chief of the FBI’s Financial Crimes Program. He immediately established an investigative organization within the FBI that, within days, identified the funding stream that supported the terrorist attack. His efforts evolved into the formation of a formal section within the Counterterrorism Division of the FBI, known as The Terrorist Financing Operations Section. This multi-agency, multi-disciplined entity attained international recognition as one of the world’s elite operations for tracking, investigating and disrupting terrorist financing activity. For his visionary contributions, Dennis Lormel received numerous commendations to include the Department of Justice Award for Investigative Initiative, and the CIA’s George H. W. Bush Award for Excellence in Counterterrorism. Currently, Dennis Lormel is the founder and President of DML Associates, LLC., providing consulting services and training related to terrorist financing, money laundering, fraud, financial crimes, suspicious activity, and due diligence. 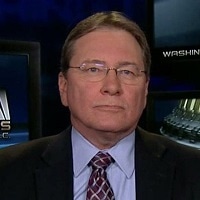 “There’s a lot of misnomers about terrorist financing. That it only takes a few dollars to perform a terrorist act, that part is true, but it takes an incredible amount of money to fund an organization.”

The following links are to FBI website articles on terrorist financing and money laundering: