Retired agent Bill Vanderpool served in the FBI for twenty years. He was initially assigned to the Dallas Division and to the Washington Field Office where he was a sniper on the SWAT team, before being transferred to the FBI Academy at Quantico, Virginia as an instructor in the Firearms Training Unit. In this episode of FBI Retired Case File Review, Bill Vanderpool reviews his experience and years of research regarding the evolution of the bureau’s firearms, equipment, training facilities, and tactics. His book, Guns of the FBI: A History of the Bureau’s Firearms and Training, is a comprehensive study for history buffs and gun collectors. With eleven years with the State of Florida as a vice investigator before he joined the Bureau, Bill is the only agent in the FBI’s history to have fired a “Possible,” an official perfect score under strict conditions, in both the FBI and the FBI’s National Academy. For fourteen years, he taught thousands of FBI agents firearms, arrest techniques and street survival at the range and Hogan’s Alley. In addition to his book, Bill Vanderpool has written numerous magazine articles on firearms training and history. In retirement, he continues to shoot and reload, and share photography and travel. 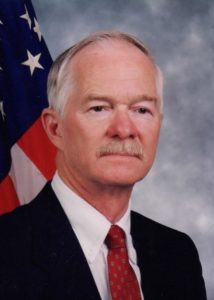 “I was one of the team that went down from Quantico to Miami about three months after the shooting to talk with the survivors to find out what the Training Division could do better to improve tactics and equipment.”

The following posts and videos provide additional information on how new agents learn to shoot a pistol, shotgun, and carbine at the FBI Academy and the FBI Academy’s mock training ground Hogan’s Alley: