Retired agent Bob Hamer served in the FBI for 26 years. While in the Bureau, Hamer, a Marine Corps veteran, worked organized crime, gangs, terrorism, and child exploitation cases. Much of his career was spent undercover, successfully posing as a drug dealer, contract killer, international weapons dealer, white-collar criminal, and pedophile. In this episode of FBI Retired Case File Review, Bob Hamer is interviewed about his undercover role in Operation Smoking Dragon, an investigation that dismantled an international smuggling ring that brought into the country illegal drugs, cigarettes, and counterfeit $100 bills, known as North Korean “supernotes,” and conspired to bring in Chinese-made weapons as well. Bob Hamer received numerous awards throughout his career including the coveted FBI Director’s Award for Distinguished Service and five United States Attorney Awards for Distinguished Service. He has written and consulted for television and is the author of three award-winning books and three novellas. His non-fiction book, THE LAST UNDERCOVER, details his FBI undercover career. 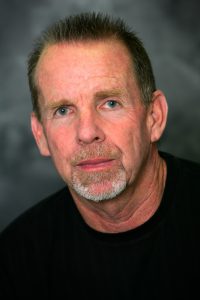 The following are links to a 2-Part FBI website post about Operation Smoking Dragon that includes a Q & A with Bob Hamer and newspaper articles about the international smuggling operation: