Recap: When an illegal arms broker turned informant is assassinated, OA assumes his identity and goes undercover to stop the sale of dangerous weapons, with help from Maggie and their former FBI instructor, Rowan Quinn.

Review: This was one of the darkest episodes of the fall season. The playful banter between Maggie and OA was kept to a minimum as OA prepared for his most dangerous assignment to date, going undercover. A former undercover instructor from the FBI Academy requested OA’s participation. After considering safety issues, SAC Dana Mosier gave her approval for OA to assume the role and he chose Maggie to be his contact agent.

For educational purposes, I made a few reality check notes:

Before an undercover agent can be introduced into an investigation authorization from FBI Headquarters (FBIHQ) must be obtained. The case agent prepares a Group I Undercover Proposal that is first submitted for preliminary approval to the SAC of the Division, with the concurrence of the U.S. Attorney’s Office. The proposal outlines the predication and anticipated outcome of the proposed scenario. The use of a UCA is considered only after  other covert investigative methods and tools, such as the use of informants, consensual monitoring, and electronic surveillance, have been explored. 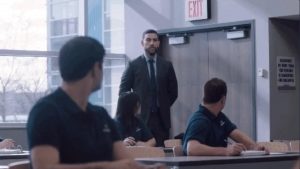 Once approved, the case agent submits a list of the skills and attributes needed for the UCA role and the Undercover Unit at FBIHQ provides the names of experienced UCAs available. The case agent and the UCAs discuss the assignment, and the agent determined to be the best fit is selected. It might help to look at the case agent as the casting agent, producer, and director of the investigation and the UCA as the actor. An additional agent working on the case agent’s squad and familiar with the investigation serves as the UCA’s contact agent. He or she meets with the UCA on a regular basis to check on his or her well-being and pick up evidence, such as audio and video recordings and the UCA’s investigative reports.  The UCA usually does not have a choice of contact agents.

Being an undercover agent is a voluntary assignment, but not everyone who raises his or her hand is chosen. Intensive training and role-playing seminars determine an agent’s suitability. A UCA is required to undergo mental health evaluations before and every six months during an assignment.

FBI accurately portrayed the ending scene when OA returns to Quantico to speak to trainees. Experienced UCAs are asked to lecture and teach at the academy so that new UCAs may learn from their experiences. Nicely done, although the trainees looked too young. The average new agent is 30 years old. Plus, agents are required to have a few years of field time before returning to the Academy for undercover training. Unlike in Silence of the Lambs, rookies need not apply.

To learn more about what it’s like to work undercover, listen to episodes 138, 139, and 46. Actually, I have 18 episodes featuring undercover agents. I specifically recommended the three above because of the poignant, full circle moment when new undercover agent Ray Morrow returns to Quantico and gets to meet his mentor, legendary undercover agent Joe Pistone.

I’ll be back next year when season one of FBI continues. In the meantime, Happy Holidays!