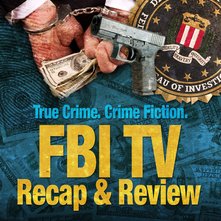 (Disclaimer: If you are watching FBI simply to be entertained, don’t read this review. I’m here to provide a reality check for those who want to learn about the real FBI.)

Recap:  After eight people are fatally poisoned at a deli in New York City, agents Maggie Bell and OA Zidan trace the crime to an unlikely culprit and conduct a sting operation to prevent further attacks.

Review:  Here’s where they got it right, got it wrong or used creative license and the applicable 20 FBI Clichés Reality Checklist number:

Another fun and fast-paced show. I spotted a misconception during the first scene. Yellow caution tape isn’t just a barrier to protect the public from danger. The primary goal is to protect the crime scene from cross contamination.  When Maggie entered the crime scene, she could have inadvertently altered the area and the evidence. (#17) She should know better.

I was excited to see Sela Ward in the role of SAC Dana Mosier. She’s almost perfect for the part, but I have to make one delicate observation. The mandatory retirement age for agents is 57, just saying. (#12 Expanded version) In New York Division, as well as the Washington D.C. Office (WFO) and the Los Angeles Division, the head of the office is actually an Assistant Director in Charge (ADIC). I assume the SAC character was inspired by former New York Division ADIC Jan Fedarcyk. Currently, the ADIC of WFO is a woman, and the following FBI Field Offices have female SACs – Cincinnati, Little Rock, Louisville, Minneapolis, and Oklahoma City. That’s 6 out of 56 FBI field offices or approximately 10%. 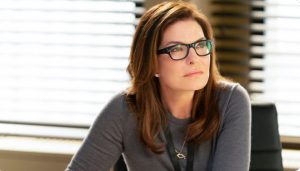 The scenario of women being enticed via the Internet to join ISIS reminds me of the FBI Jihad Jane investigation. To learn more about Jihad Jane listen to FBI Retired Case File Review – Episode 10. You’ll also have an opportunity to meet a real-life Maggie Bell, retired agent Kathy Lambert, who has a Ph.D. with a concentration in Counter-terrorism.

Audio DNA? Really? Creative license was definitely in use for this scenario.

Analyst Kristen Chazal is a computer whiz. It’s amazing how she can obtain detailed information on suspects with a few keystrokes. In the real world, it’s impossible to type in a person’s name into a database and have everything ever known about that person pop out a few minutes later. (#3)

I thought I heard that the team will be dealing with a serial killer in episode 3. By the way, what squad are Special Agents Bell and Zidan on? More on that topic in my post next week.

Another great episode. However, I’m just keeping it real.