Recap:  After an investigative journalist is murdered, the team uncovers information linking the suspect to past cases. The victim’s death also strikes a chord with Maggie, leaving her desperate for answers in regard to a traumatic event in her personal life.

I loved so many things about this episode. What the writers of this show are doing is special. Instead of using the fact that Maggie is a widow simply as part of her backstory, they are consistently integrating her heartbreak and tragedy as one of the things that motivates her and sparks her drive and determination to investigate cases, even when it smacks into her painful past. Her vulnerability is what makes SA Maggie Bell seem so authentic. The death of her husband is always there in the background, just like it would be in real life. The plotline reminds us that we all carry our personal baggage with us wherever we go. I love these characters who are not often seen on cop shows. Good stuff.

The typical female FBI agent on TV is single and childless, but in Maggie’s case, we learn that being an FBI agent was not all she wanted to be and that she regrets she didn’t go after her dream of, in addition to being a wife, being a mother too. The storyline is fresh. Young girls and women are watching. I hope the message they’re receiving is that being an FBI employee and having a personal life are both possible.

I enjoyed the emotional honesty of this episode so much that I almost feel guilty highlighting a few reality checks. But I signed up to educate, and I must fulfill my duties. So, here it goes. 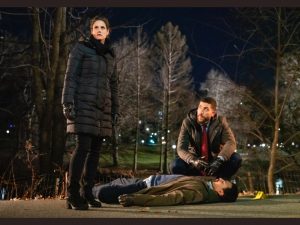 Again, we have FBI jurisdiction issues. Initially, indistinct signs suggested that the murder of a journalist may have been a hate crime. The reporter was an African American male and that the word vermin was spelled out in his blood on a nearby bench. Maggie and OA were looped in, but FBI jurisdiction was weak from the very start and soon it’s non-existent. Maggie and OA continued their investigation anyway. Remember, we discussed this before. When the FBI becomes involved in a murder investigation, there must be an underlying federal violation. Murder-for-hire is not enough, although the FBI could become involved based on the interstate commerce aspect of the financial transactions. The NYPD would have been included in the investigation from the very beginning, perhaps with an agent monitoring, just in case stronger evidence of a federal violation was later established. The FBI works closely with local law enforcement on all homicides. The FBI doesn’t operate its own morgue or employ coroners.

In this episode, there were also several issues involving search warrants. Warrants are required before FBI agents can search someone’s property without their consent, even when that person is dead. If exigent circumstances exist, such as to prevent harm to the arresting agents or secure and prevent the destruction of evidence, a limited search can be conducted without a warrant. There is also the plain view doctrine that allows the seizure of evidence found out in the open and under normal observation. However, in my opinion, none of these circumstances existed for Maggie and OA’s search of the car, the victim/subject’s home, and the safe deposit box. 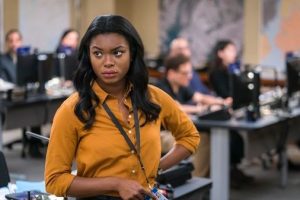 I’m always mentioning Maggie as a great role model. Analyst Kristen is also someone who is showing young viewers of the show what’s possible for their future. I was live tweeting during the show and was taken aback by a tweet that seemed to mock her credentials. It read, “Black female computer analyst?” The question mark instead of an exclamation mark bothered me. There are professional staff members of all races, nationalities, and gender serving in vital roles in the FBI. No question about that.

However, analyst Kristen’s TV skills are questionable. In this episode, Kristen, using biometric software, was able to measure and make a positive comparison of a person’s gait, stating the way a person walks is as unique as fingerprints. She was able to identify everyone who had checked out of a Lansing, Michigan hotel on the morning that the senator was killed, and determine which of them boarded a plane to New York that same day. Via a computer search, she was able to obtain and chart the credit card charges and debit withdrawals of a suspect and to trace the use of an untraceable burner phone to one purchased by a subject days before. As a fictional character, analyst Kristen is AMAZING. But none of her computer results are real, at least not in the manner and time frame she’s gathering the info. I wonder if any future jurors are watching her amazing results and if they will expect similar results to be presented in real life. Will they be able to distinguish what’s real and what’s TV magic?

I’m not saying stop the magic. But the tricks and truth must be revealed. That’s my job.