Retired agent Bill Dyson served nearly 31 years with the FBI. In this episode of FBI Retired Case File Review with Jerri Williams, Dyson is interviewed about how the Chicago Division’s Organized Crime and Drug Enforcement Task Force, while conducting an investigation targeting drug trafficking, overheard tidbits of information that seemed to indicate an international conspiracy involving the El Rukn street gang and Libyan terrorist. Bill Dyson led the Chicago Joint Terrorism Task Force (JTTF) that developed this information and determined that members of the El Rukns were meeting with representatives of the then-hostile government of Libya led by Colonel Muammar al-Gaddafi to discuss a conspiracy to perpetrate a terrorist attack inside of the United States. The El Rukn Libyan terrorist conspiracy investigation marked the first convictions of American citizens for conspiring to commit terrorists acts in their country on behalf of a foreign government in exchange for money. After retiring from the Bureau, Bill Dyson was hired by the University of Illinois and authored a college text-book titled Terrorism: An Investigator’s Handbook. He currently works for the Institute for Inter-Governmental Research (IIGR), a non-profit serving under a grant from the Department of Justice to provide anti-terrorism training to state and local police officers throughout the United States. 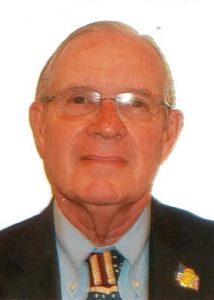