This episode of FBI Retired Case File Review is the second half of a two-part episode with former FBI agent Terry Hake. Terry continues his account of working undercover as a crooked defense attorney in the largest public corruption investigation in America. When the investigation—code named Operation Greylord—was initiated, Terry was a young Assistant State’s Attorney fed up with corruption in the Cook County, Illinois court system. During the investigation, he was hired by the FBI, first as a project development specialist and then as a special agent. In this episode, he also explains why, after being an employee for only seven years, he resigned from the FBI and instead continued his 23-year career in federal law enforcement at several other non-Bureau agencies.

Terry wore a concealed recording device for three-and-a-half years fully aware that he could have been jeopardizing his reputation and law career in doing so. At the conclusion of the undercover operation, Terry testified in 23 trials over a 10-year period and eighty-three judges, lawyers, court personnel and policeman were convicted for accepting bribes to fix court cases.

Terry’s recently released book—Operation Greylord: The True Story of an Untrained Undercover Agent and America’s Biggest Corruption Bust—provides a detailed narrative of his role in the undercover case. 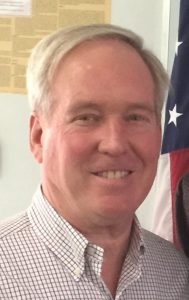 Linked below are several newspaper articles and a video about Operation Greylord, along with an overview of the case found on the FBI website:

Investigations of Public Corruption Rooting Crookedness Out of Government