Former agent Scott Moritz served with the FBI for nearly ten years. During his time in the Bureau, he focused on white-collar crime, domestic and international corruption and money laundering investigations. While assigned to the New York Division, he was on an Asset Forfeiture Squad where he conducted parallel financial investigations alongside agents working organize crime and drug cases. He was responsible for locating the targets’ assets, including real estate, bank accounts, investments and personal property items.  In this episode of FBI Retired Case File Review, Scott Moritz is interviewed about an asset forfeiture investigation he worked involving a Long Island waste hauler with ties to New York LCN families. He explains how seized documents revealed the connection between the mob guys, garbage men and illegal asset.  Since leaving the FBI, Scott has worked with a variety of organizations, government and regulatory agencies to identify, triage, investigate and remediate a wide variety of risks and complex financial crimes. Currently, he is a global leader for Protiviti Forensic and Managing Director in Protiviti’s New York office. 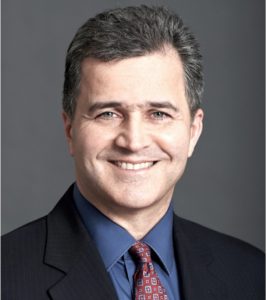 The following are links to newspaper articles about the case Scott Moritz investigated the owner/operator of waste disposal business and the connection he uncovered between mob guys, garbage men and the forfeiture of illegally acquired assets:

Garbage Hauling Is Tied to Mafia in Suburbs