Retired agent Jane Rhodes Wolfe served 20 years with the FBI.  Early in her career, she was assigned to the New York Field Office, where she worked financial investigations. As a member of the Evidence Response Team (ERT), a collateral duty, she was deployed to Yemen following the bombing of the USS Cole, and, on 9/11, responded to the World Trade Center attacks and aided victims. Jane became a member of the PENTTBOM investigative team and also worked on the investigation of terrorist Zacarias Moussaoui.  In addition to management assignments at FBI Headquarters in Congressional Affairs and the Inspection Division, Jane began to concentrate on national security matters.  She supervised a Joint Terrorism Task Force in Chicago and oversaw the intake and analysis of suspicious activity reports. In this episode of FBI Retired Case File Review, Jane Rhodes Wolfe is interviewed about one of those reports which resulted in the investigation of an attempted purchase of a restricted toxin, known as the puffer fish poison case. During the interview, she also provides tips for the public regarding potential threat indicators of suspicious activities that should be reported to law enforcement. Jane’s last assignment, prior to her retirement, was Section Chief of the Exploitation Threat Section, Counterterrorism Division. 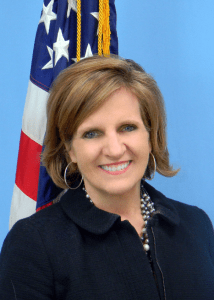 When Jane supervised the Joint Terrorism Task Force in Chicago, her squad was responsible for responding to tips from the public regarding suspicious and threatening activity, such as the one received about an attempted purchase of a restricted puffer fish poison toxin. The following are links to several newspaper articles about the case: