In this episode of FBI Retired Case File Review, retired agents Bob Burda and Tim Gannon review a Fayetteville, North Carolina bank robbery case that, based on information received from a confidential source, morphed into a murder-for-hire investigation. After the arrest and subsequent confession of one of the bank robbers, the murder victim’s body was recovered from a shallow grave on the wooded reserves of Fort Bragg, an Army military base near Fayetteville. Investigators from the Fayetteville Police Department, Army Criminal Investigative Division (CID) and other local law enforcement partners assisted Tim Gannon and Bob Burda with the investigation. The subjects, Arthur Hermes and Dean Kershaw, pled guilty to the Fort Bragg murder-for-hire and received life sentences.

Retired agent Timothy Ganon served in the FBI for nearly 28 years. His first two assignments were to Savannah and the Statesboro Resident Agency (RA) out of the Atlanta Field Office, where he worked all the criminal programs, but primarily worked drug investigations with area local, state and federal partners. He joined SWAT, became a Firearms Instructor, and began roles as an undercover agent (UCA). He was permanently transferred to the Fayetteville Resident Agency out of Charlotte, North Carolina, after working there as an UCA on a long term undercover case targeting theft of government property, including weapons and explosives.

Tim spent the rest of his career in the Fayetteville RA, working military related cases involving violent crimes, frauds, thefts to overseas corruption matters during the Iraq and Afghanistan wars. He considers himself lucky to have worked with great investigative partners such as the Army Military Police (MPs), Army Criminal Investigative Division (CID),  DCIS, and the Air Force Office of Special Investigations (OSI). 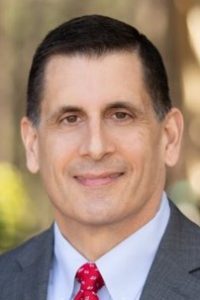 “I remember the cadaver dog stopped right in front of me and indicated. I turned my light on and unbelievably about three inches in front of my toe you could see the tip of his skull sticking out of the sand.”—Retired agent Bob Burda

Retired agent Robert Burda served in the FBI for 20 years. Prior to joining the FBI, Robert served in the United States Navy as a Naval Flight Officer achieving the rank of Lieutenant Commander (LCDR).  LCDR Burda has over 2,000 flight hours, completed three carrier deployments and is a graduate of the Naval Fighter Weapons School (TOPGUN). After graduating from the FBI Academy, his first Bureau assignment was the Fayetteville Resident Agency (RA) out of the Charlotte Division, where he worked a wide variety of criminal investigations to include kidnapping, bank robbery, crimes on government reservation, civil rights, public corruption and white collar crime. Bob Burda’s training agent was Tim Gannon, who worked with on the Fort Bragg murder-for-hire investigation.

Bob Burda served as the Joint Terrorism Task Force coordinator for the Fayetteville RA. He also served as a member of the Charlotte Division SWAT team and worked with the Employee Assistance Program (EAP).

Currently, Bob Burda serves as Chief Strategy Officer for the Cybercrime Support Network (CSN) whose mission to assist individuals and small businesses before, during, and after a cyber crime incident by developing and maintaining programs and relationships with key stakeholders.  Robert is responsible for the implementation of Cybercrime Victim Assistance programs across the United States and is the liaison to law enforcement partners at the federal, state and local level and advises the CEO on law enforcement issues.

The following is a newspaper article about the case and photos of pertinent sites featured in the case review: