Retired agent Warren Flagg served 22 years as a special agent with the FBI and, before his appointment, an additional five years as a fingerprint filing clerk and FBI Headquarter tour guide. During his agent career, he worked white-collar crime cases in the New York Division. In this episode of FBI Retired Case File Review, Warren Flagg reviews a pet cemetery scam he investigated where burial grounds containing up to 250,000 carcasses of deceased dogs and cats were discovered in the woods behind a pet memorial park. The subjects, a father and son, were convicted of mail fraud based on the premiums they collected to individually bury or cremate pets when they instead illegally dumped the animals into mass cremations and burials.

Following his retirement, Warren Flagg formed Flaggman Inc. a private investigative and film consultant firm. Over the past 20 years ago, he has worked as a technical adviser on TV and films with Woody Harrelson, and the writers of the Show Time series Sleeper Cell, starring Michael Ealy. He can be contacted via his website Flaggman Inc.

This episode is dedicated to the campaign to bring home Warren Flagg’s friend and former colleague Robert (Bob) Levinson, a retired FBI Agent who was kidnapped in Kish Island, Iran on March 9, 2017, and has not been publicly seen or heard from since. Learn more here. 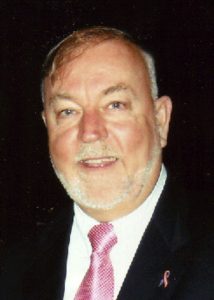 “They would just dispose of the animals that were usually in plastic bags and throw them in these pits and just fill them in.”  —  Retired Agent Warren Flagg

The following are links to newspaper articles about the Long Island pet cemetery scam investigated by Warren Flagg: