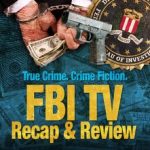 CBS’s new show – FBI – from TV producer Dick Wolf premieres this month on Tuesday, September 25, at 9/8c and I’ve decided to write a weekly recap and review blog post about each episode (I changed my mind about doing a second podcast. One is enough). I believe that at this time more than ever, the public is curious about who the FBI is and what the FBI does. Most people have never met a real FBI agent. FBI, the TV show, will become a reference point. As a true fan of police procedurals (I love Law & Order), I plan to watch the show but also jot down a few notes about FBI clichés or scenes where creative license was used. I’m sure the show’s writers and technical advisers will do their best to present an accurate portrayal of the FBI, but sometimes that can be difficult to do within TV time constraints. I’ll provide a review of FBI CBS, a reality check. 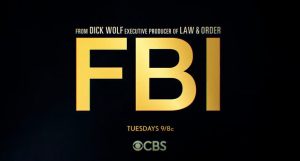 As you may recall, in 2016, Dick Wolf was able to convince the FBI to allow him to embed a TV production team and film crew inside the FBI’s New York office to capture behind-the-scenes real-life action stories of FBI agents and analysts at work. That should mean that CBS writers will have lots of real-life scenarios to use for the TV drama’s storylines and character development. But I wouldn’t have been able to come up with 20 clichés and misconceptions about the FBI in books, TV, and movies (podcast episodes 50 and 100) if there was no chance of an occasional factual digression.

You’ll be able to read my weekly review of FBI CBS blog posts here at  Jerri Williams.com. I’ll also link to them on Twitter – @jerriwilliams1 and Facebook – Jerri Williams Author. Once the show premieres, let me know if you have any questions. If I don’t have the answer, I think I might know a few retired agents who might be able to help me out.